“Here's a little known fact - Arnold is the first body builder to run for governor since Janet Reno.” 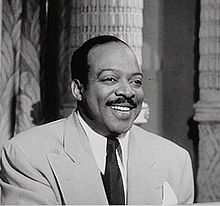 “Contrary to several conflicting stories, I got the name "Count" right in Kansas City in 1936 while at the Reno Club. I was known as Bill Basie at that time. One night, while we were broadcasting, the announcer called me to the microphone for those usual few words of introduction. He commented that Bill Basie was a rather ordinary name, and further that there were a couple of well-known bandleaders named Earl Hines and Duke Ellington. Then he said, `Bill, I think I'll call you Count Basie from now on. Is that all right with you?' I thought he was kidding, shrugged my shoulders and replied, `OK.'”

“The conclusion [was] that this was a very deteriorating situation, ... Janet Reno has bent over backward to give us all the information. I don't know how much more an investigation could turn up.”

“Our goal all along was to get at least one win from Reno, Carson and Douglas. Those are the three teams to beat in the Sierra. If we can get at least one from each from them, we will have a great chance to get that fourth (and final) playoff spot.”

“What Janet Reno has to consider is, 'Do I go through this long process with the odds against getting the death penalty, or do I end it here?'”

“There’s a direct correlation between credit score and how you score.”

“It was typical Reno, give them credit. They get on those rolls and that is how they beat people. Our kids just weren't able to respond.”