“To have a guy as your sixth starter who could very easily be your fifth starter -- we want to be a championship organization -- and that's the kind of depth championship teams have.”

“[Coach Tom Coughlin said Will Allen is still the starter at cornerback, despite the fact that rookie Corey Webster replaced him in the fourth quarter against the Saints. Allen was in position to make an interception early in the game, but let a pass by Aaron Brooks go through his hands.] Of course it was a surprise, ... I'm a starter and I feel like I should be a starter in this league. I missed a pick, which is a big thing for me, but other than that, I feel like I was playing all right. But obviously, I wasn't.” 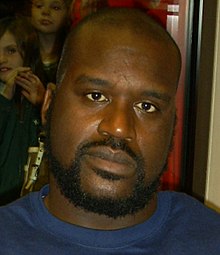 “Bobby (Hughes) has been a solid four-year starter for us. He has been through a lot, and was a great leader.”

“(Brandon) Webb is a premier, No. 1 (starter) in this league. I felt I put some good at-bats against him.”

“He has a built-in self-starter. He's never satisfied where he's at. He's always pushing himself.”

“I've been a starter all my life until now, ... so I'd love the opportunity to finally pitch in the role I'm used to pitching in, and work through the lineup a little, as opposed to getting three outs.”

“I'm not a fast starter in spring training, and I need to be careful. I want the Dominican Republic to win as much as anybody back home, but I also want to be able to help the team.”

“It was my first camp as a starter. I'll always remember that, just because I have been waiting for this my entire life. I felt like I really grabbed hold of the team. I didn't know how they were going to respond to me. I knew I had a lot of friends out here, and I knew I had a good rapport with a lot of them, but I'm just really pleased with how the guys have my back.”

“A lot of starter homes are in neighborhoods where you wouldn't renovate. You would just move.”